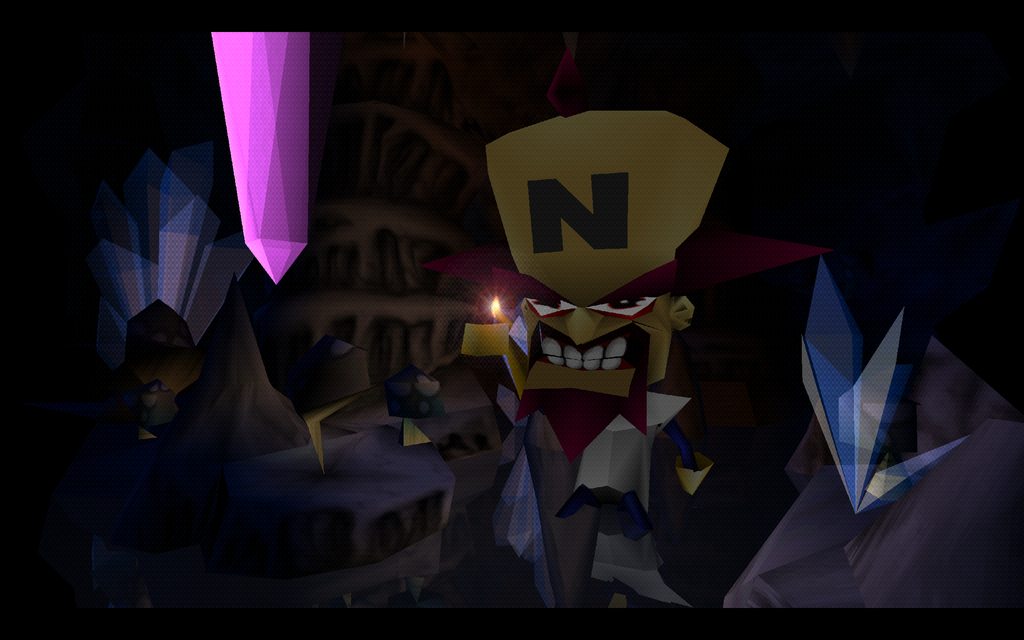 Upscaling classic games matters. It’s not just that graphics designed for 90s CRTs look like crap on modern LCDs, or that modern sensibilities have spoiled us from enjoying simpler graphics. It’s that upscaling allows players to soak in far more detail that was visible originally; preserving the original vision and helping out older gamers whose eyesight might not be as it was 20 years prior. 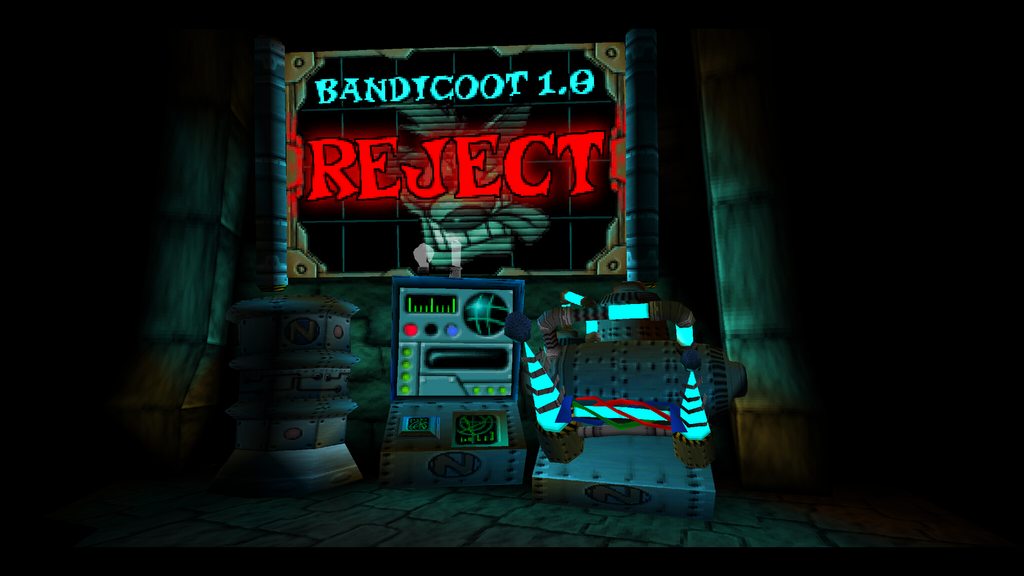 There’s a quote about Crash Bandicoot that always stuck out for me:

The secret to Crash’s success was its Art. And the secret to its Art was its Programming.

[…] To that effect, we took the very unusual step of hiring real “Hollywood” cartoon designers to help with the visual part of the production. This was Mark’s idea at first, although Jason and I saw the brilliance of it immediately.

You can read all about the genesis of Crash on Andy Gavin’s website, but the upshot was that Naughty Dog wanted to create a playable cartoon. The bold shapes and sharp colours made Crash play like a Saturday morning series - complete with Wile E Coyote style death animations.

4K Crash Bandicoot is about as close as it gets.

What do you think he means to do with that pig?

Crash 1 is the simplest of the games graphically, but it still holds up pretty well. 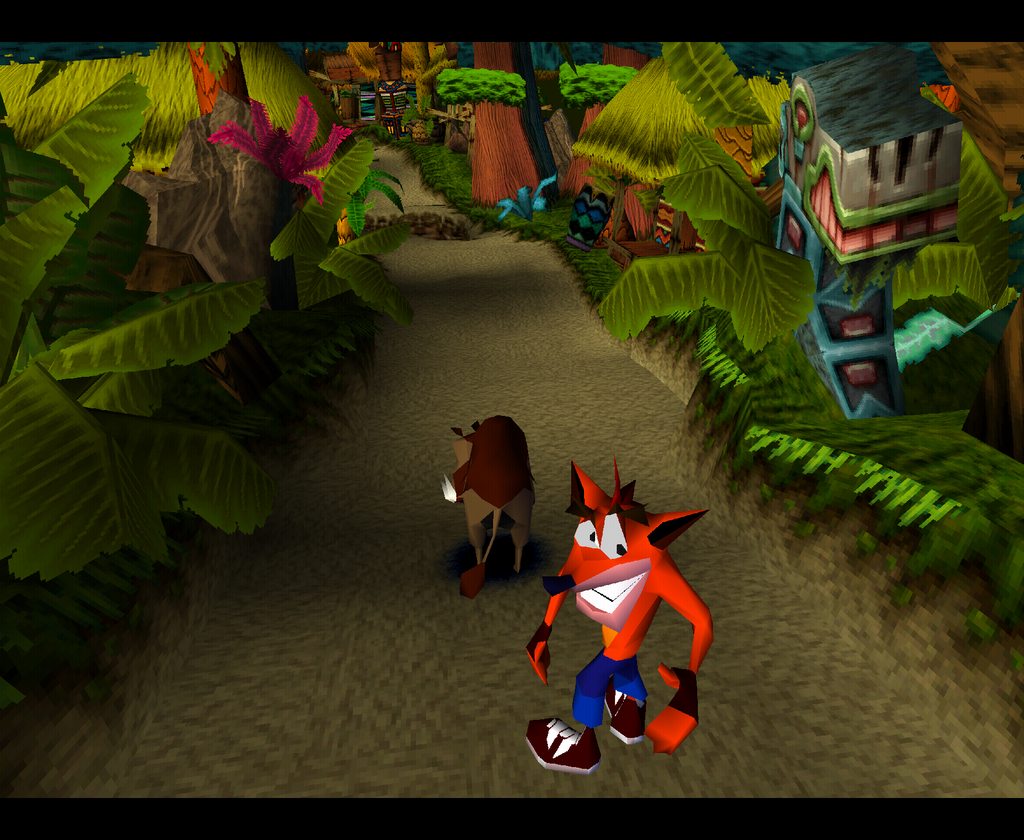 This is the simplest of the Crash models. He runs around with a face locked in perpetual anxiety. 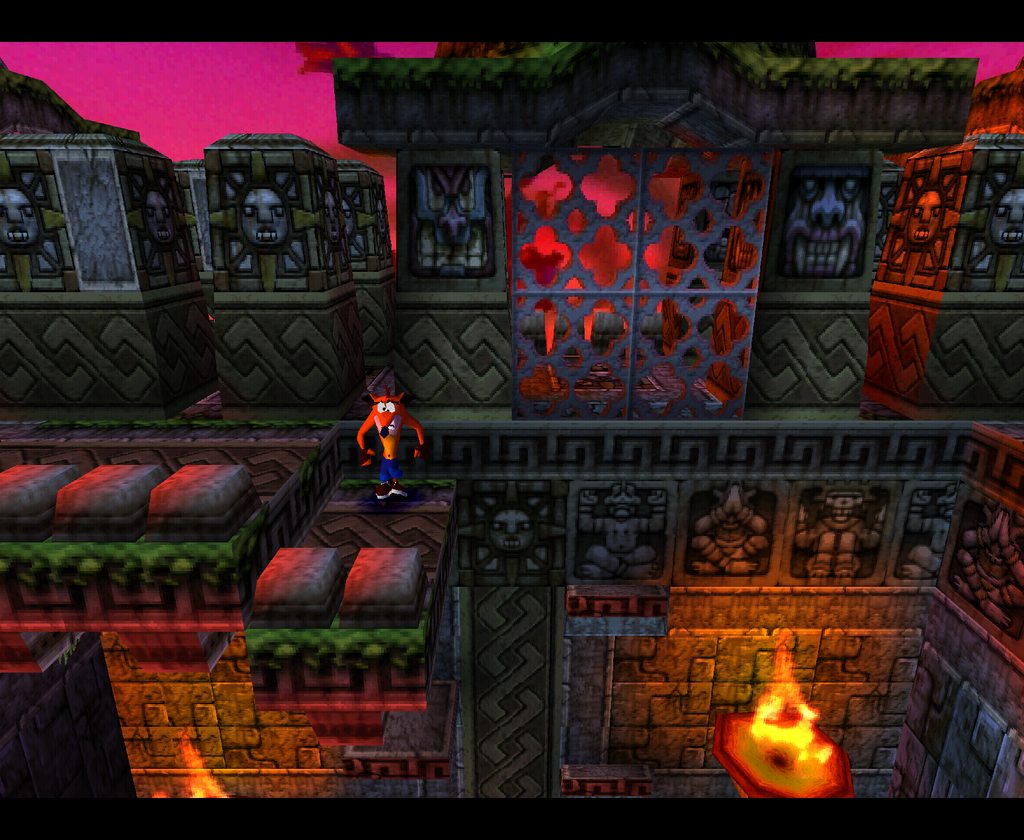 According to the game’s development bible, there’s some lore about an ancient civilisation named the Lemurians. These were the folk who built the Lost City and its pseudo-Oceania, pseudo-South American inspired architecture.

Apparently they built the teleporters you keep running across, and although the games never go into the idea hard, Lemurian artefacts keep cropping in Cortex’s collection. 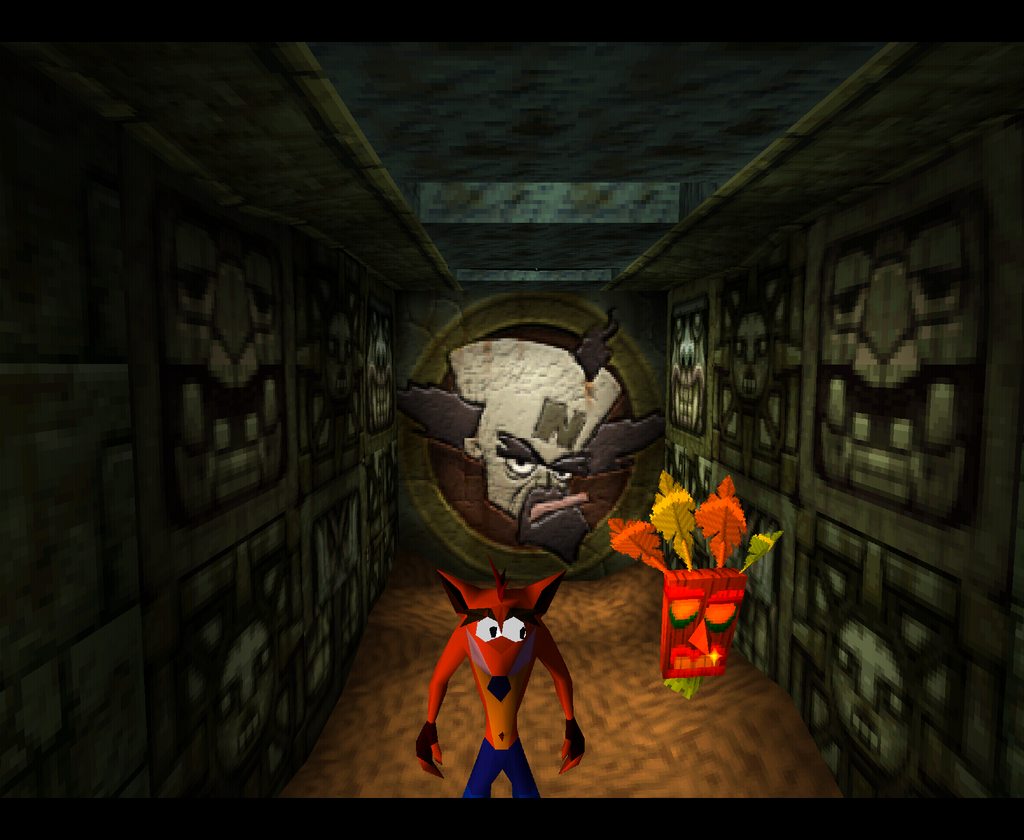 Something I noticed in the world map! The Cortex Power stage actually has a little model of the sign you see in-game, with the R hanging off. Dorky little detail but I’d always missed it until now: 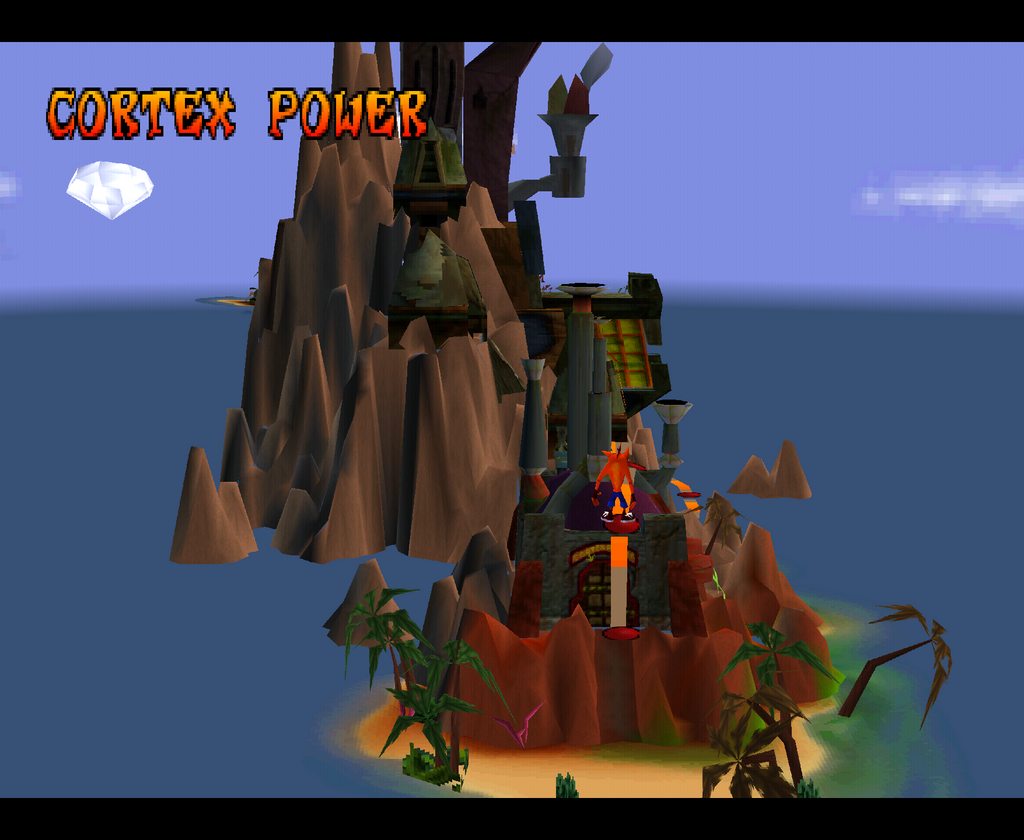 The second game is where the upscaling really shines. Naughty Dog really invested in dynamic lighting and much more confident camera direction, dialog, all round polish. 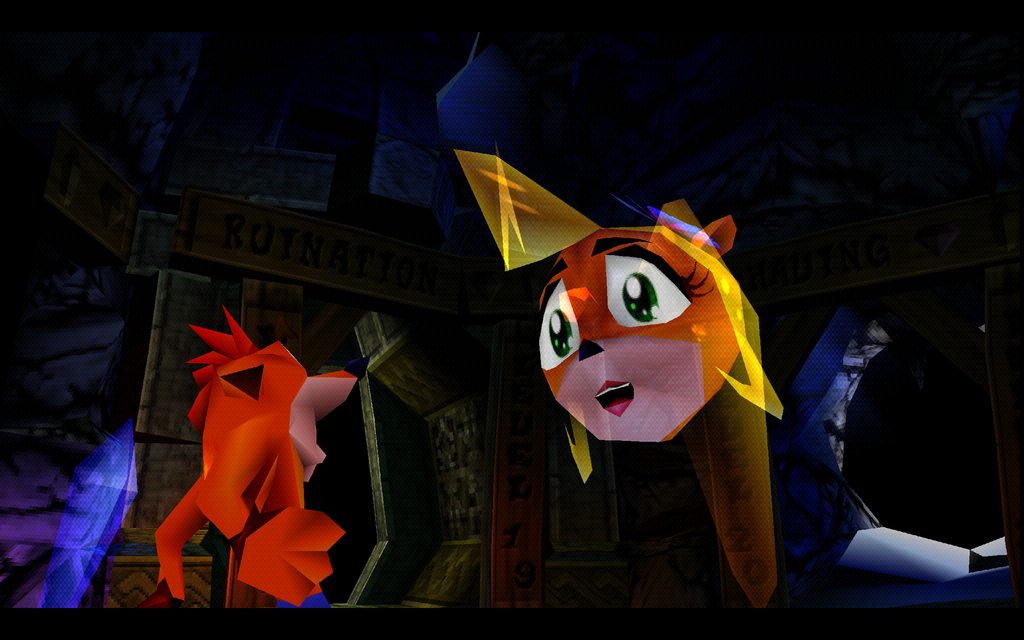 A little detail I noticed - the master crystal sits on a plinth surrounded by numbers. Below each number is a slot for the crystals Crash is collecting. There’s also a lab assistant in the background (a kind of recurring meme for the series) 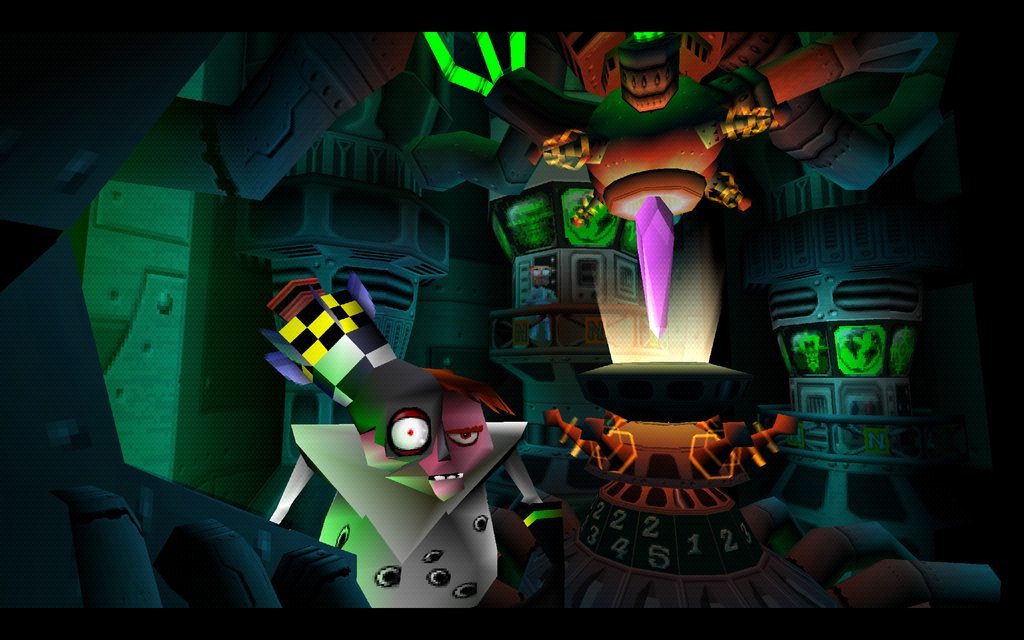 Crash 2 makes a few attempts to tie things back to the original islands and their Lemurian ruins. 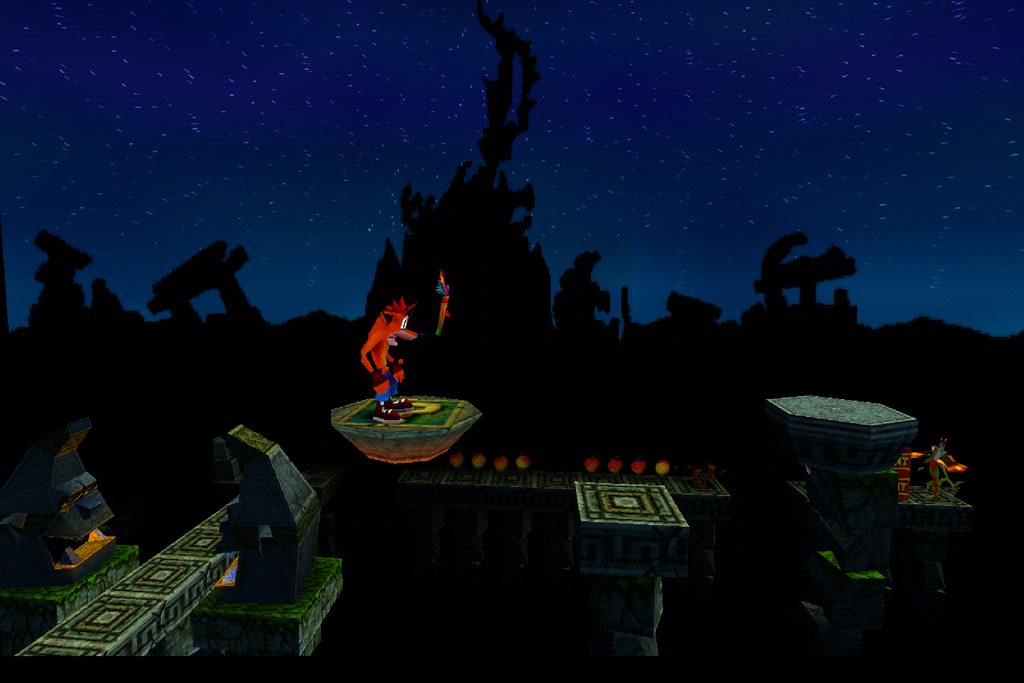 Playing in high-res I noticed a lot more Lemurian architecture. Now I think about it, maybe one of the ideas in the background was that Cortex and co. had largely pilfered ancient tech as their own, including the warp pads. 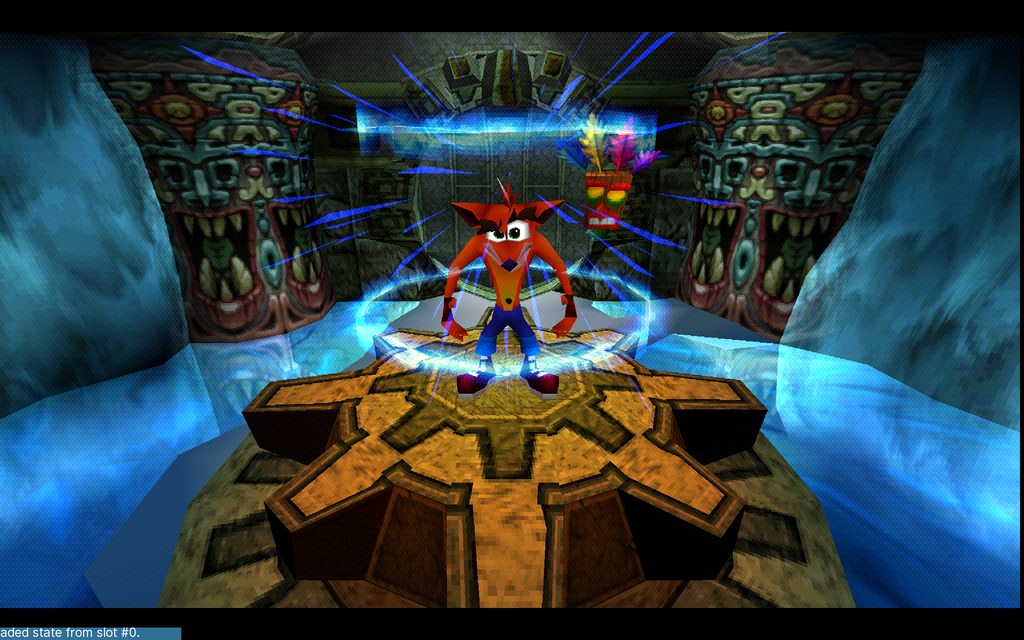 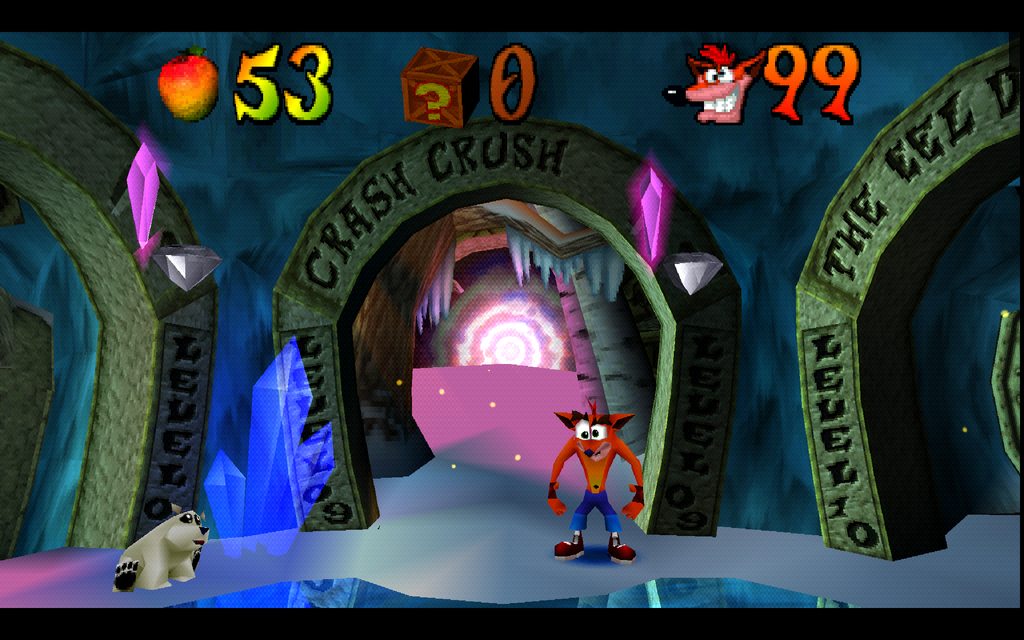 As you may remember, the story of Crash 3 is that Dr Neo Cortex and fellow evil-doers use time-travel to try and collect the crystals before the good guys were born. On the way, they install themselves as iron-fisted rulers of each time period, becoming Kings of the Medieval age or Emperors of Rome. I guess you’ve got to have a hobby. 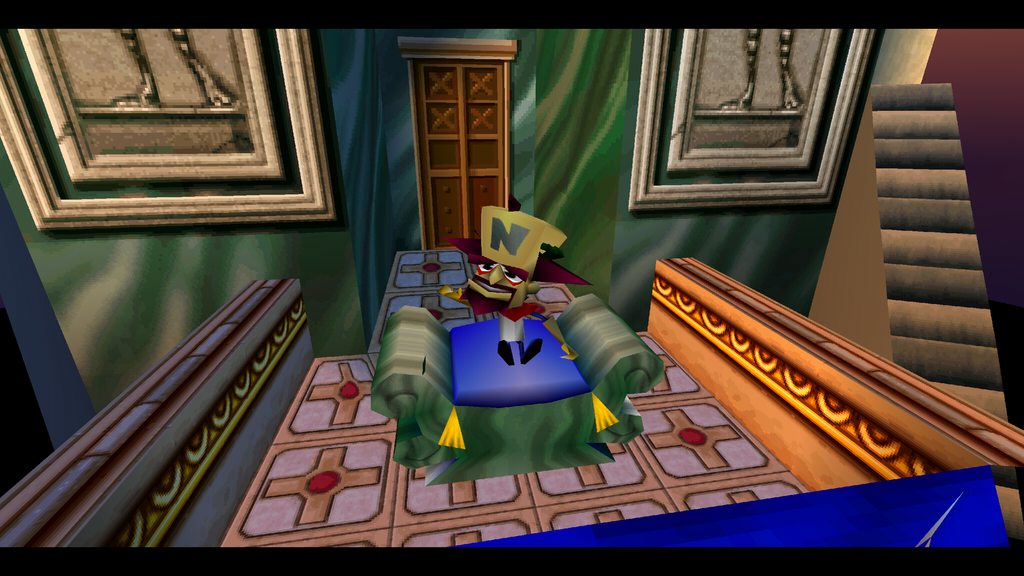 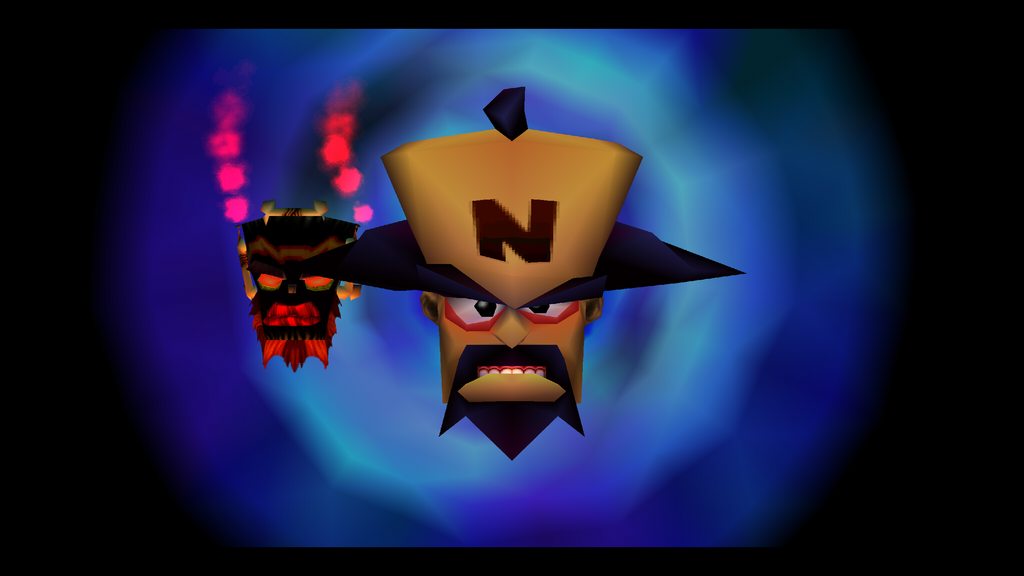 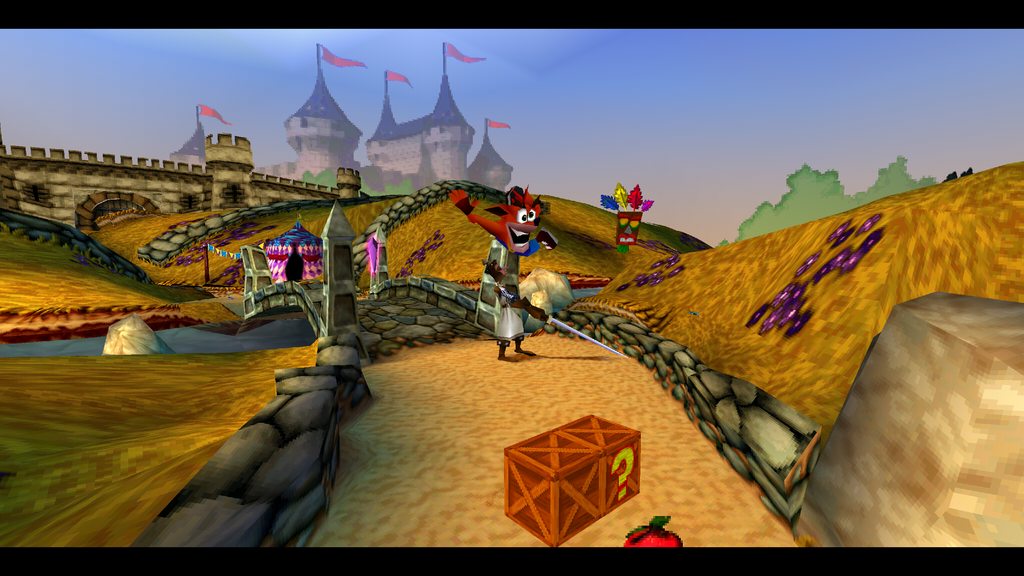 This game also introduces Dr Nefarious Tropy, inventor of the time-whatsit. His boss theme is absolutely wicked! Check out the N Sane version too. Too bad he goes down so quick. 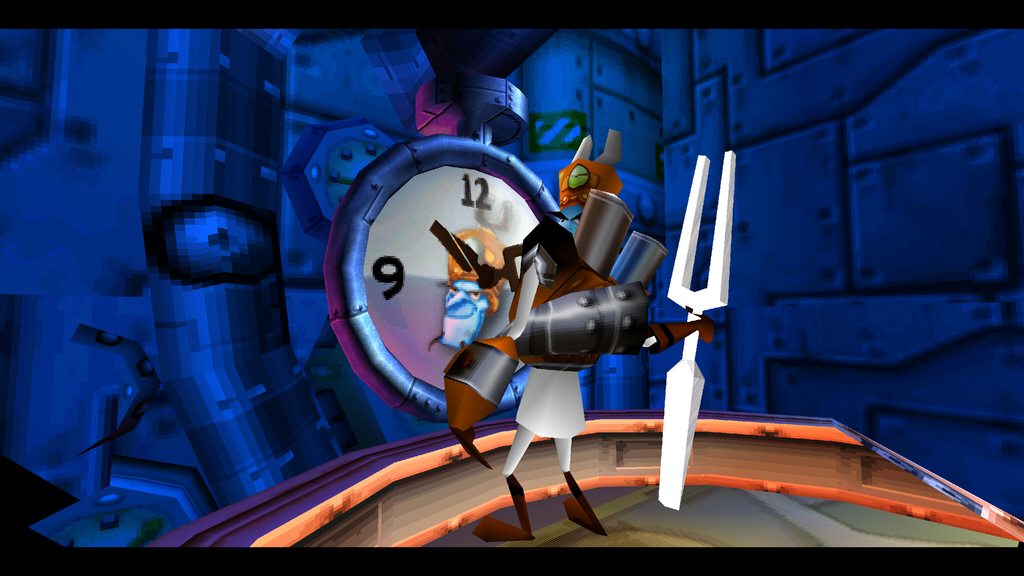 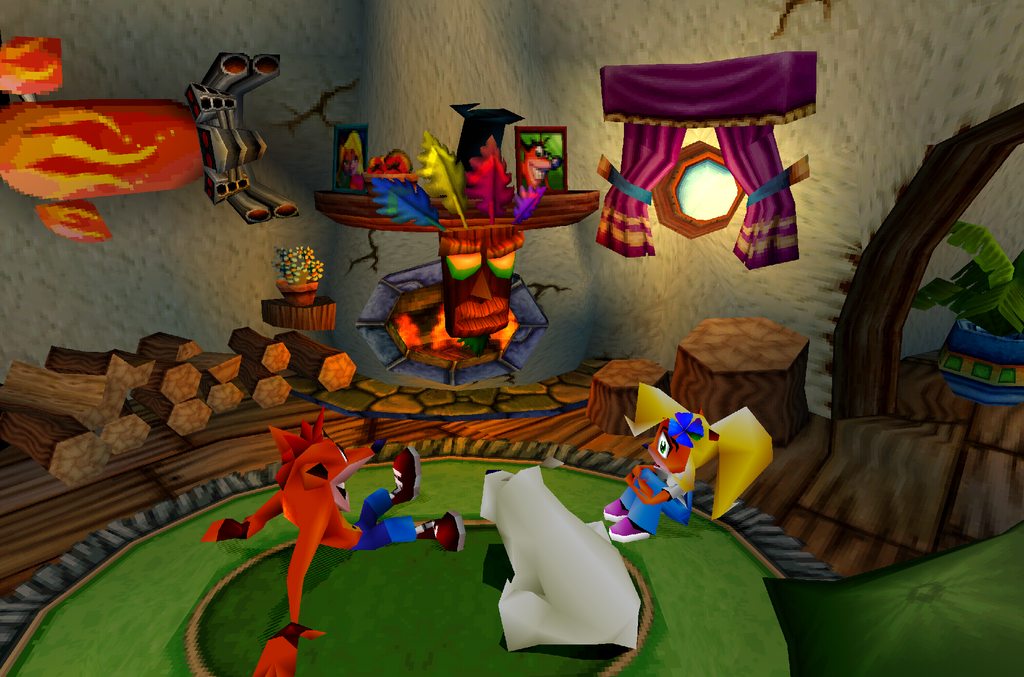 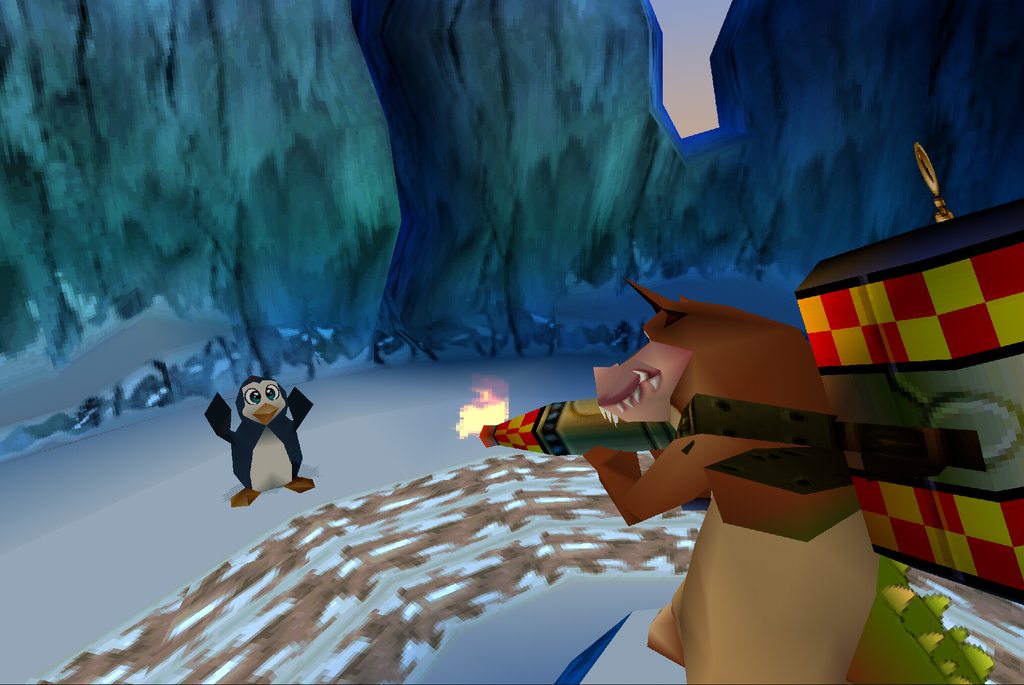 Tiny Tiger (no relation to Tony) sets himself up as King in what appears to be Arthurian England. The locals do him the favour of decking out his castle with his own heraldry, complete with naff 12th-century style tiger drawing, which I’d never noticed until high-rezzed: 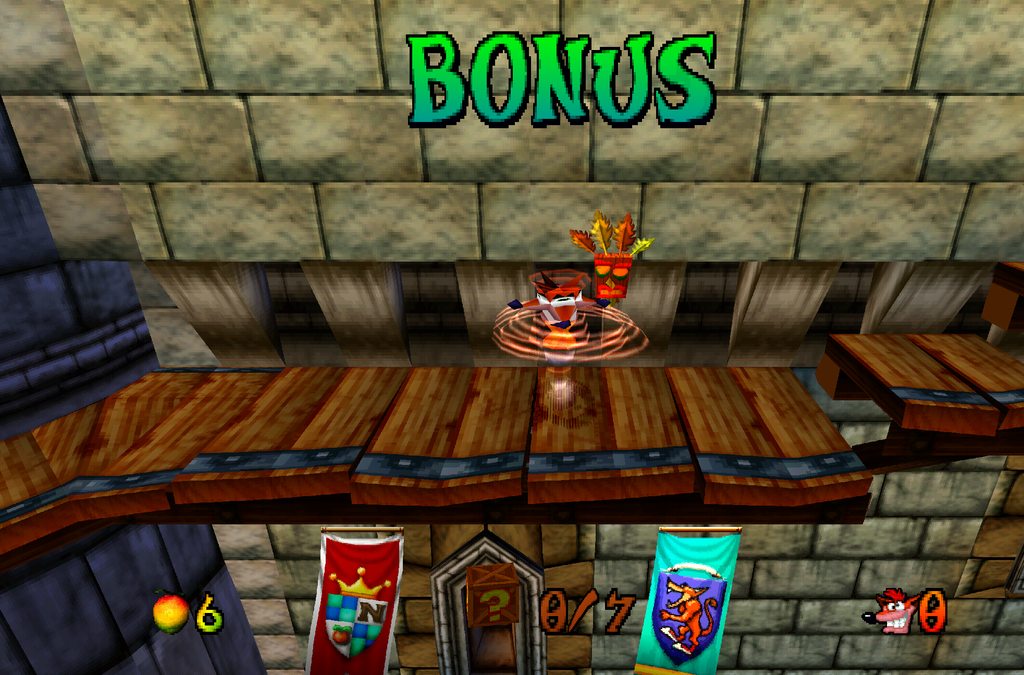 And this is the final battle. In widescreen you can see a lot more of that Lemurian architecture - a nice touch that ties the end of the trilogy to its origins, and perhaps implies something about where the time travel tech really came from 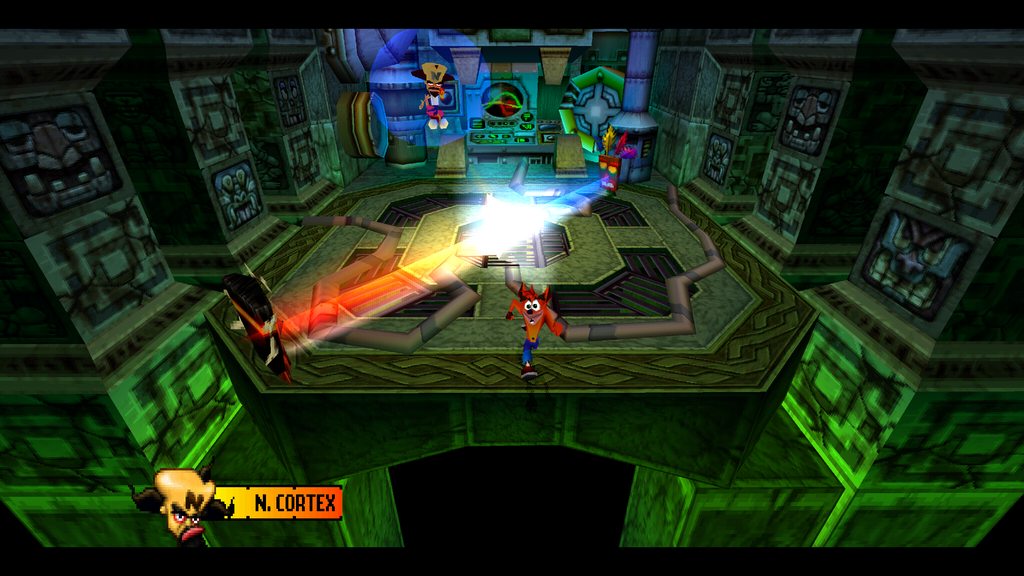 Defeated again! This is not fair! Maybe I should retire… to a nice, big beach, with a nice big drink. And a woman, with nice, big… bags of ice for my head! 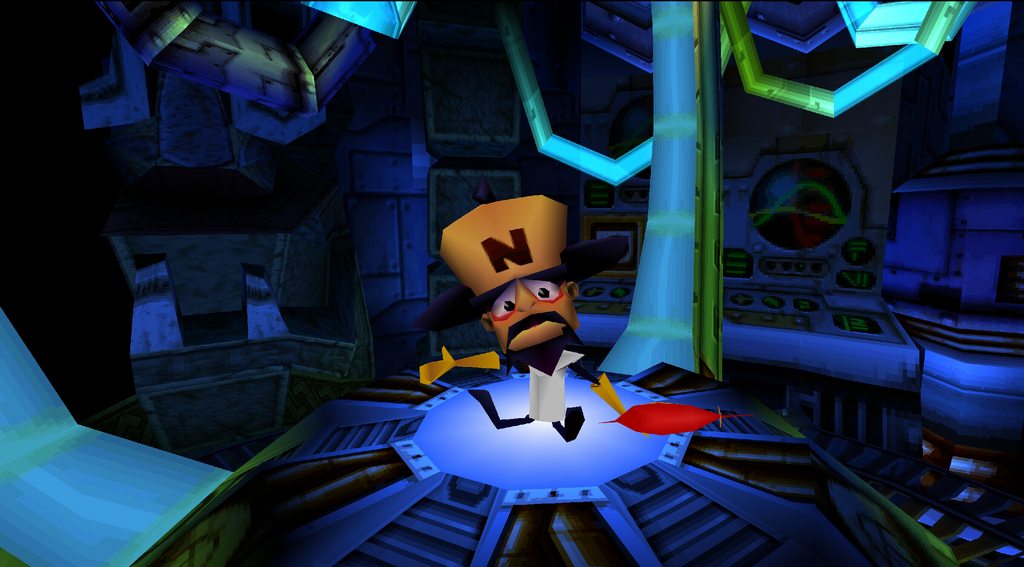 You can play Crash B with upscaled graphics for yourself by installing RetroArch and using the BeetleHW core. Set up internal GPU scaling and texture mapping correction and enjoy! 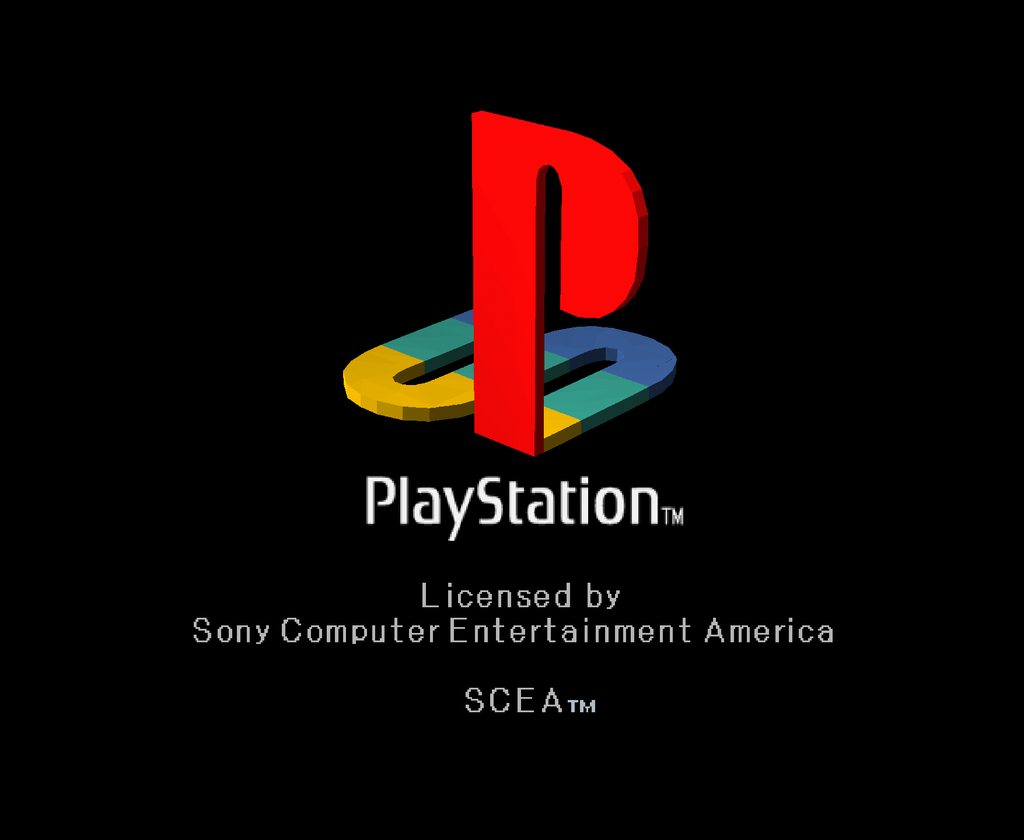