…because the Half Life series is all about Gordon’s ascent to power.

You start the first game literally ‘on a rail’, trapped on a commuter train shuttling you towards a humdrum day as a ‘research assistant’ at the Black Mesa Research Facility. This fast-paced go-getting career entails climbing ladders, pressing brightly lit buttons and pushing carts on the command of uppity scientists who watch your every move. 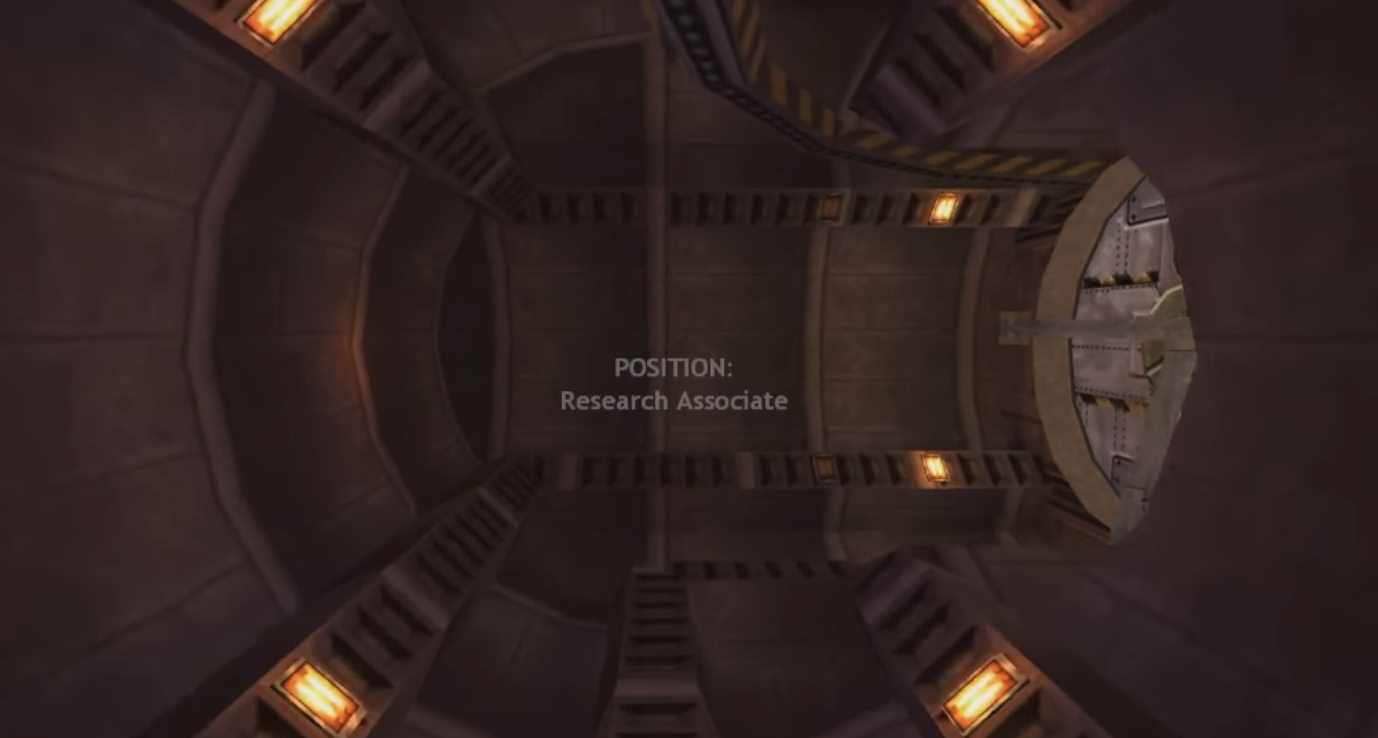 You are late, and everyone is most keen to ‘helpfully’ remind you of the fact. Gordon is on the bottom rung. He barely even earned the distinction of his PhD.

But as he goes on he gains more agency and notoriety. He stops fleeing for the surface as starts seeking out the Lambda team. He destroys bigger and badder targets and the military begin to single him out. Eventually he becomes the personal saviour of Lambda and is entrusted as the only man with enough combat experience to take on the Xenian threat at source. By the end of the game the Nihilanth, the alien leader himself, is actually addressing you by name!

And this is the point of the ending – to remind us just how much Gordon has changed. He started the game on a rail, but his last action happens to be the very first ‘choice’ the player can make interactively – to step off the train into their new career as intergalactic assassin-for-hire. That’s quite a promotion. 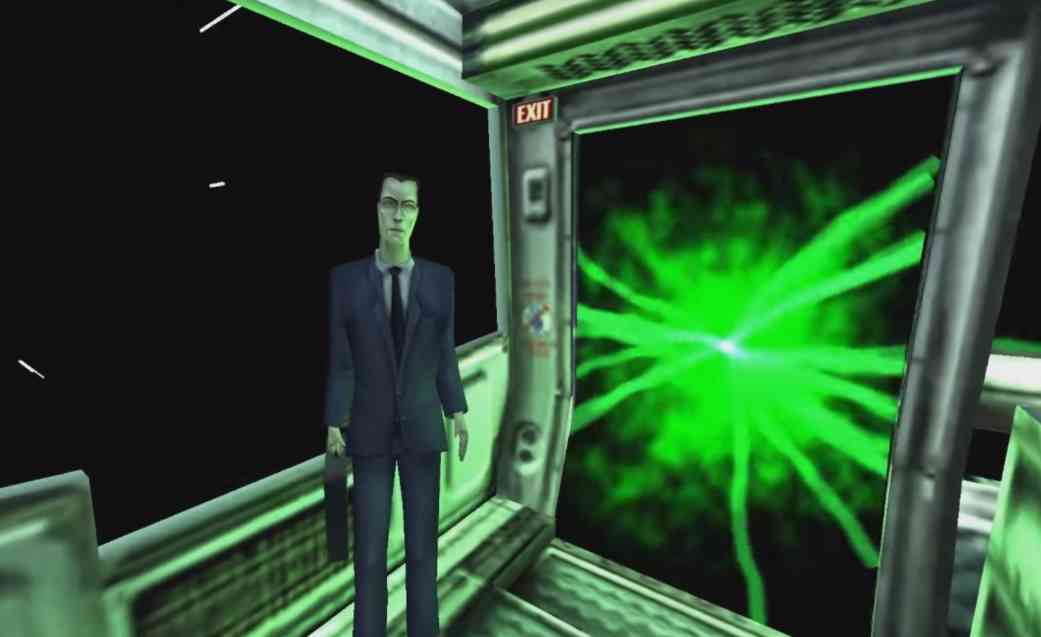 Half Life 2 does gets a bit carried away with its Gordon-as-messiah trope and may approach parody a couple of times. But the game’s central arc always felt to me a pretty well-executed power fantasy: in the first half Valve builds up the combine threat, in the second half Gordon overthrows it.

If there’s a single moment where it all pivots it’s when Gordon deactivates the first thumper on the approach to Nova Prospekt beach. Combine technology has pushed you around all game, blocking your way, covered in indecipherable heiroglyphs and uttely indestructable. Now you take control of it directly, break into Overwatch territory and tear their fortress down. It’s giddy stuff. 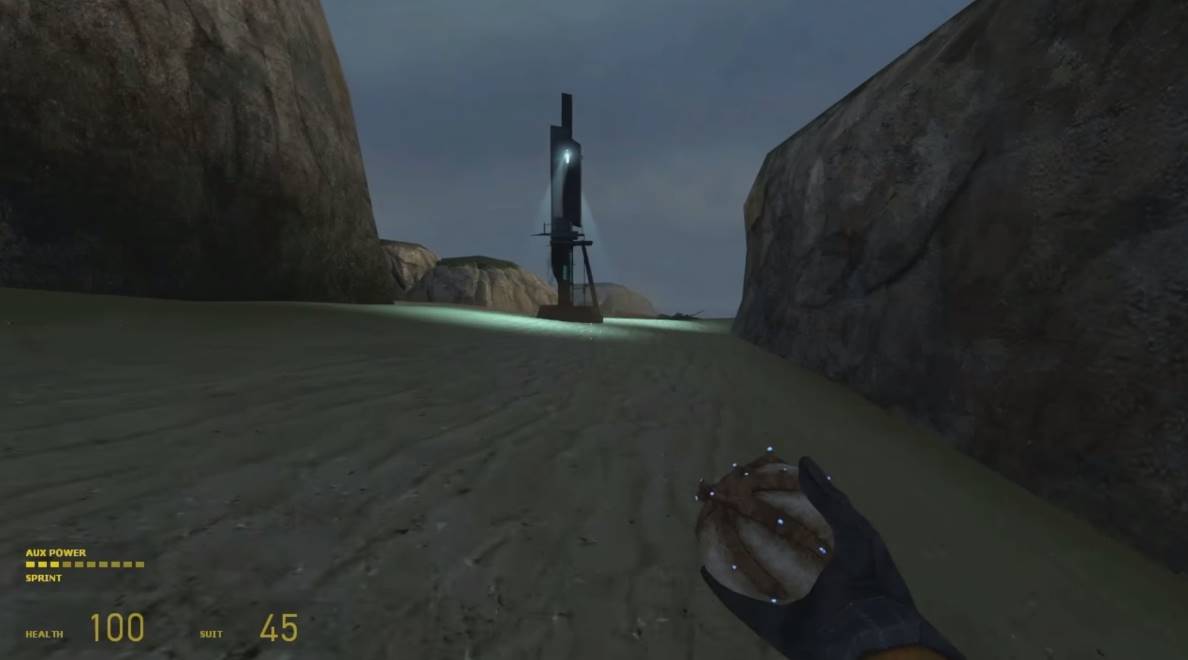 By the later Episodes Gordon is a free agent entirely. The G-Man loses control and can only beg the player to save Alyx Vance. Episode 2 opens with a rail crash, and I’ve always felt this is a callback to the tighly controlled train sequences of the earlier games. Everywhere we look are wrecks of broken carriages. 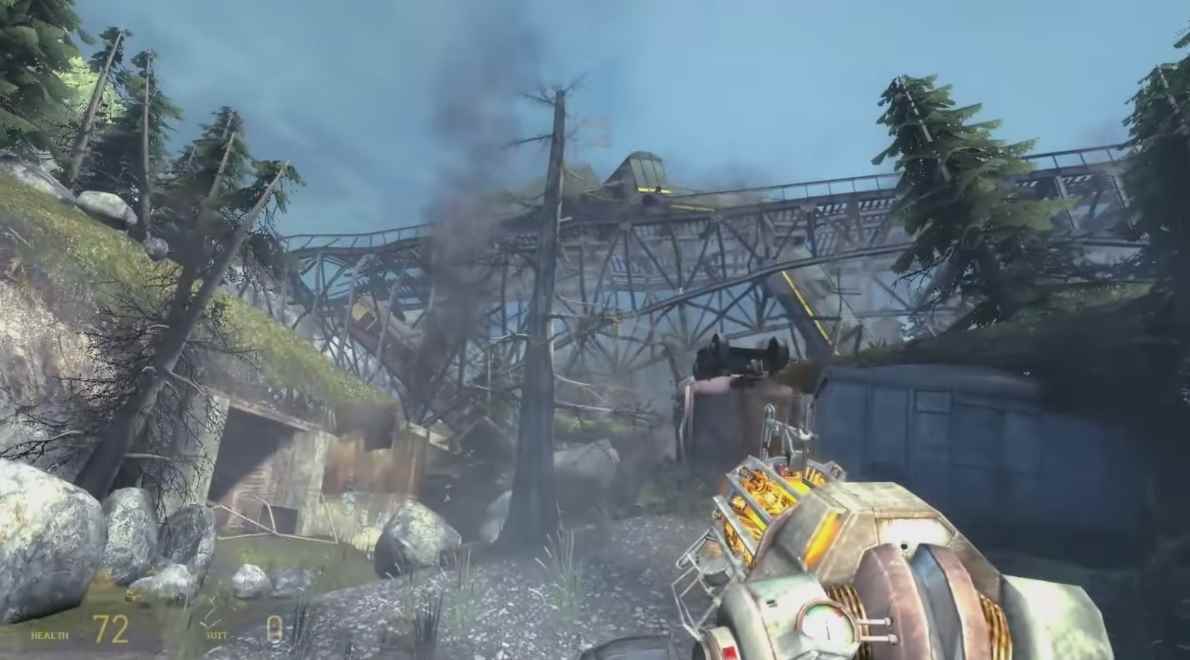 By the end of the game Gordon is entirely independent: Eli’s death removes the last authority figure and Gordon stands with Alyx by choice.

And now we’re told that HL3 was to subvert this arc entirely? That Gordon and the Borealis were nothing but an insignificant mote, a half-second speck in the Combine multiverse, barely earning a synapse’s pulse in the intergalactic sentience? It’s inconsistent and it’s shoddy. You can get away with this if you do the work laying down the clues early on. You can get away if there’s always some tension, always some uncertainty just how powerful the hero is. But you can’t get away with telling the player how powerful they are for fifteen years, growing and growing their silhouette and their accomplishments, then popping the bubble in the final act. That’s having your cake and eating it. 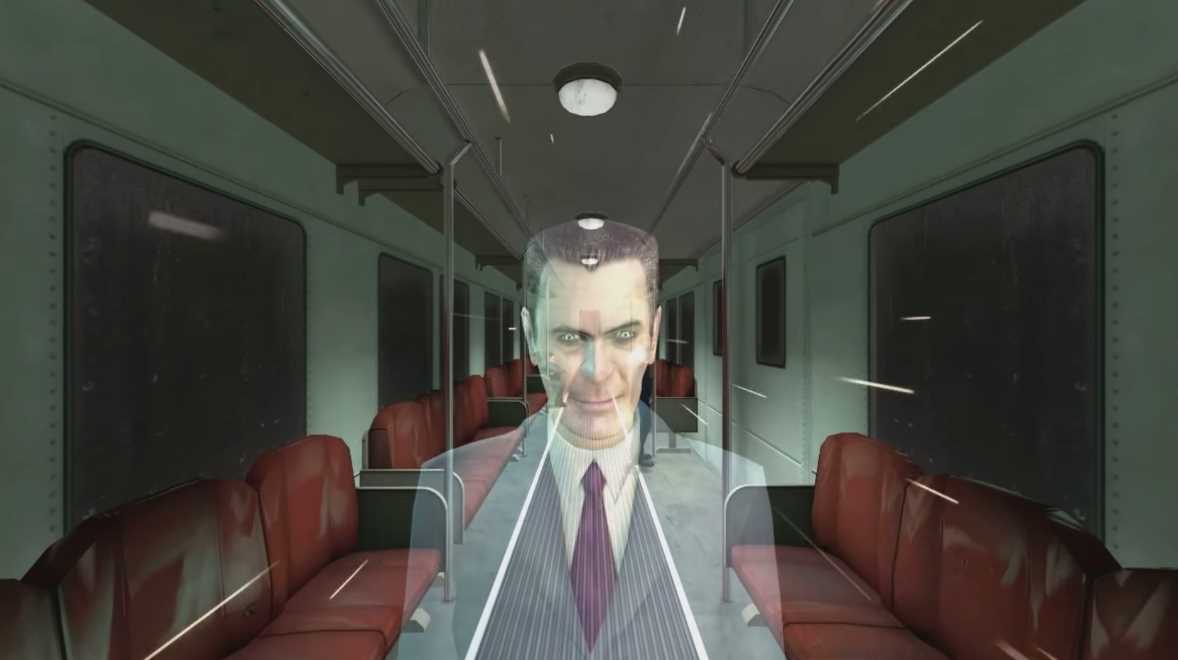 It’s also a cheap way to cover up plots you can’t or won’t tie up. You can’t generate all these lines, set up all these places and characters, then tell us we’re not getting a proper ending because the universe is, like, so incomprehensible to our monkey minds, maaan. But stick around for the spin-off series because Alyx is still alive and we ain’t done making money yet! You can accuse Valve of many things, but the one thing they’ve never done is eke out the HL franchise for extra cash.

So, I don’t buy it. I am convinced Laidlaw’s “fanfic” was nothing more than that – a half-formed offshoot from an old revision of the plot, a flight of fancy or just a bit of speculation how the whole thing could play out. I believe the real HL3 plot was never nailed down and never now shall be.